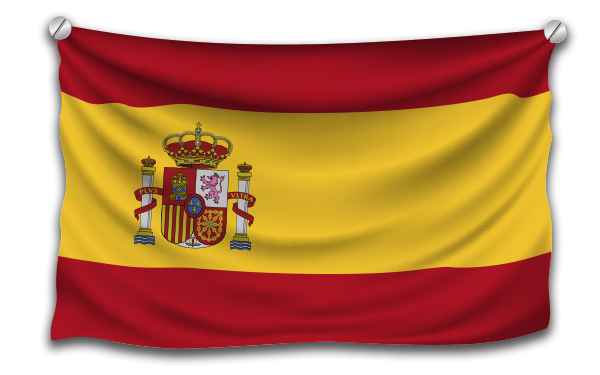 Spain is a country full of life and culture, with flamenco music and dance, bullfights, fantastic beaches and lots of sunshine. In the cities, narrow, twisting old streets suddenly open out to views of daring, modern architecture. Several regions in Spain have kept a separate identity, culturally and linguistically. All of this diversity combined with a rich heritage of history, art and architecture make Spain a fascinating place to visit as an exchange student.

Spain is a democratic country, considered rich in many aspects. Situated in a privileged geographical position, Spain has been invaded by many important civilizations such as Celtic, Phoenician, Carthaginian, Greek, The Roman Empire, Arab and Jew, Because of this it is an extremely cultural and diverse country, rich in art, literature, architecture and history.

Most people speak Spanish, which is called “Castellano” in Spain, but there are other languages in different parts of the country: Catalan, Basque and Galician. The religion of most of the people in Spain is Roman Catholic. Spain is governed by a parliament whose members are elected by the Spanish people. Since 1978, the Spanish king only executes and follows decisions taken by the parliament. The government and the king’s palace are in Madrid, the capital of Spain, located in the center of the country.

The middle of Spain is a high, dry and flat land called La Meseta. La Meseta is usually very hot in summer and cold in winter. Spain also has many mountain ranges and quite a long coastline. The weather is usually very sunny, with mild to warm or hot temperatures. Many people from Northern Europe take their vacations in Spain, enjoying its beaches, cities and countryside. Five big rivers cross the peninsula, and its extremely rich soil makes any kind of agriculture and farming successful. A perfect example of this is the famous and growing wine industry in Spain. The oceans also provide exceptional seafood, and the famous Spanish paella is not to be missed!

Compulsory subjects in Spanish high school are Spanish language and literature, foreign languages, social science, geography, history, math, aesthetics, physical education, religion or study activities. Optional subjects are on offer, such as physics and chemistry, biology or geology, crafts or music. School hours vary depending on the area and type of school. One typical schedule would be classes from 9am – 5pm with a two-hour lunch break. Another typical schedule would be classes from 9am – 2pm with no lunch break. When there is a lunch break of more than one hour, students usually go home to have lunch with their family. Students are usually in the same classroom all day and the teachers move around to the different class rooms. Public schools are co-educational and students do not wear school uniforms. There are also a big range of “concertadas” schools, which are subsidized by the government and the parents through a monthly fee. These schools usually belong to the Catholic Church. School activities include sports/gymnastics, music, drawing and crafts. They are part of the Spanish educational curriculum and depend on the class the students are placed in. Excursions and sports competitions are also offered as extra curricular activities.

If you like talking, smiling, going out, being with people and enjoying life, you are coming to the ideal country. Spanish host families are very welcoming to the exchange students, and eager to make them part of the family. Host families usually consist of two parents and children of different ages. The life in a Spanish host family tends to revolve around the host mother. She is the one who, most of the time, arranges everything and makes all the big decisions. During the weekdays/schooldays, if lucky, the student will be able to go home for a nice, freshly cooked lunch. In the afternoon the student will be able to do homework or activities, such as participating in sports, flamenco classes etc. Later in the evening the family then meets up for a nice dinner.

Food is very important in Spain and the host family will expect the student to try most of the specialties on offer. Breakfast usually consists of coffee and a roll. Many shops still close for the midday meal and the afternoon siesta. The Spanish eating schedule is quite late compared to many other countries, with lunch served normally from 2–3 pm and dinner from 9–10 pm. On the weekends the students normally spend time with the host family and their relatives or with friends. Spain is a very diverse country in terms of culture and ways of life, especially because of the four different languages and cultures.

Families in the North (areas of Barcelona and Salamanca) are very interested in foreign languages and cultural exchange. They are usually quite strict with their students, but love to take them around on weekends. They are very fond of cultural activities and expect students to participate in their outings. Many host families live in Andalucia, in the South of Spain. They are very social and more laid back. On weekends most families attend folklore events or cultural activities on offer throughout the year. Students are usually placed in small towns, where it is very easy to have a fun and safe social life.

While there is no official language requirement for students, it is strongly recommended that students have studied the Spanish language sufficiently to have at least a basic knowledge of the language as a foundation for a successful exchange experience.

Students in short-term programs (90 days or less) may study in Spain without a student visa. Students in programs longer than 3 months must apply for a student visa prior to departure. Students must apply to the nearest Spanish consulate or embassy. Depending on your jurisdiction, application may be submitted in person or through the mail. After arriving in Spain, students will receive assistance in obtaining their residence card from the local immigration office.

Have you finished your initial research about the Study Abroad Program in Spain?
Are you ready to take the next step?
Please go ahead and submit your program interest to the ICES office by using the ‘submit’ button below.